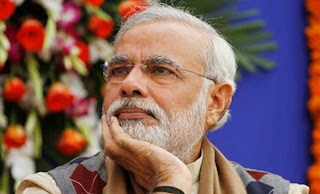 Here is the highlights from PM Modi's address on 8th November, 2016. Certainly he took a revolutionary step to prevent the use of black money in india.

Some important decisions and some serious issues to share.

When you elected this government in 2014, world was talking about India being shaky economically. But India is now an economic star - this is what IMF and World Bank are saying.

Sab ka sarkaar, sab ka vikas - governance and progress for all is our motto. We are focused on empowerment of the poor. A series of schemes we have introduced all aim at this. This is a government for our farmers.


Corruption and black money are diseases rooted in this country, they are obstacles to our success.

We are among fastest-growing economies, but we also rank so high in global corruption rankings.

Terror strikes at the innocent. Who funds these terrorists? Across the border, our enemy uses fake currency and dodgy funds to sponsor terror - this has been proven repeatedly.

Terror strikes at the innocent. Who funds these terrorists? Across the border, our enemy uses fake currency and dodgy funds to sponsor terror - this has been proven repeatedly.

Our measures to check black money are paying off. A voluntary disclosure scheme for undeclared money saw a good response. A Special Investigating Team is making progress to identify who has sent money abroad.

1.25 lakh crores of black money has been recovered.

On November 9 and in some places on November 10, ATMs will not work.

Respite for people for the initial 72 hours, government hospitals will accept old Rs. 500 and 1000 notes till 11 November midnight.

Petrol pumps and retail outlets will have to keep every single entry of cash transaction with 500 and 1000 notes till November 11.

Crematoriums and cemeteries will also be allowed to transact 500 and 1000 notes till November 11.

There will be no change in any other form of currency exchange be it cheque, DD, payment via credit or debit cards etc
banned black money currency notes india modi pm modi Rishabh Purohit rs 500